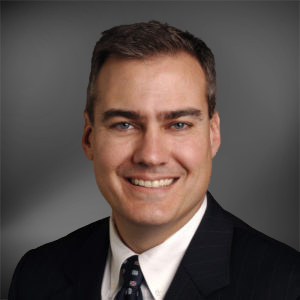 Dr. Christopher Harris joined Vanderbilt University’s Center for Technology Transfer and Commercialization as Director of Licensing in October of 2011 and is responsible for leading all licensing activities. Prior to joining CTTC, Dr. Harris was the Associate Director for Licensing at the National Renewable Energy Laboratory in Golden, Colorado where he managed a team of licensing executives. He was also previously the Senior Licensing Manager at the University of Virginia Patent Foundation.

Dr. Harris has covered a broad range of technologies throughout his licensing career – from new drug compounds to engineering devices to medical imaging technologies and medical devices to consumer products to architectural works – and he has worked with all sizes of companies from sole proprietorships up to Fortune 5 companies. His experiences include management of large patent budgets, creation of IP management plans for large international consortia, business plan development for university technology start-ups, and patent infringement litigation. In 2010 and 2011 he was awarded with one of the Federal Laboratory Consortium’s Excellence in Technology Transfer awards.

Dr. Harris received his doctorate in nuclear physics from the University of Virginia in 2001. His doctoral work focused on the use of polarized electron-proton scattering to determine the charge distribution within the proton, a fundamental quantity known as GEp. Much of his graduate work pertained to the use of nuclear magnetic resonance to measure the magnitude and direction of the nuclear polarization in materials such as 15NH3, 15ND3 and 6LiD. He has twice been invited to speak at international workshops on the use of polarized targets in nuclear physics experiments and has co-authored papers published in Nuclear Instruments and Methods in Physics Research Section A and Physics Letters B, among others.

In 2003, he became a registered U.S. Patent Agent and in 2008 he became a Certified Licensing Professional. He has been an active member of the Association of University Technology Managers since 2001 and currently serves as an Assistant Vice President for Survey and Metrics.

Prior to his graduate school career, Dr. Harris worked as a software design engineer for Martin Marietta in King of Prussia, Pa. There he helped design command and control type software for a classified contract.