Vestal, NY – July 1, 2020 – SolarWindow Technologies, Inc. (Symbol: WNDW), developer of transparent electricity-generating coatings for glass and plastics, today announced the appointment of Mr. John S. Rhee to its Board of Directors as part of a planned initiative to spur commercial growth. Mr. Rhee is a Founding Partner of a successful social impact investment company, serves on the Investment Committee of the Barbara Bush Foundation and held the position of Chief Financial Officer of the Nobel Sustainability Trust. 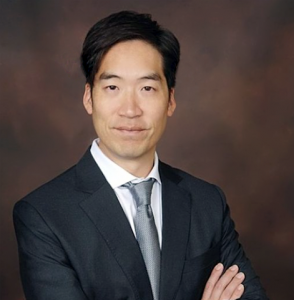 Previously, Mr. Rhee was Executive Director at the SoftBank Alternative Investment and Venture Fund where large successful transactions were developed and strategically executed under Mr. Rhee’s leadership. Along with his extensive experience in the financial markets, he is also a global leader in sustainability and has a long history of philanthropy.

“I’ve been watching SolarWindow for some time and after seeing the Company’s recent breakthroughs, I knew immediately, that now is the time to drive the growth of a new generation of self-charging products,” explained SolarWindow Board Member, Mr. John S. Rhee.

“John joins us precisely when we have a breakthrough technology ready for deployment, burgeoning global demand for low cost clean energy, and ample cash-on-hand. It’s now time to stack our management team and accelerate the growth of SolarWindow.”

Mr. John S. Rhee is joined by newly-appointed Chief Executive Officer and President, Mr. Jay S. Bhogal, a seasoned executive with a proven history of rapidly accelerating the commercialization of breakthrough technologies, consummating commercial and institutional partnerships in the United States and Europe, raising capital, and attracting top-tier talent to build high-impact operating teams. Along with extensive experience with the capital-efficient development of strategic intellectual property portfolios, he is also co-inventor of record for multiple inventions in the United States and Germany.

“Mr. Bhogal has an accomplished record and has been an important catalyst in my decision to join the SolarWindow Board,” stated Mr. John S. Rhee, member of the Board of Directors. “I welcome his leadership as the Company’s Chief Executive to drive our business and am excited about the immediate expansion of our strengthened technology group.”

“Having worked first-hand on every aspect of our SolarWindow™ products from our earliest days, I’m very excited to focus on and lead our technology group in this new role,” stated Mr. Conklin. “I especially look forward to deepening our technical capabilities and gearing up for this next chapter in our growth under the guidance of Mr. Bhogal as CEO and President.

“This is an exciting new phase for us, with mission-driven additions to our management team and important alignment of our board.”

In addition to his role as CEO and President, Mr. Bhogal will continue to serve on the Company’s Board of Directors, where he is joined by Chairman, Mr. Harmel S. Rayat, and fellow Directors, Messrs. Bob Levine, Gary Parmar, and John S. Rhee.

Previously, Mr. Rhee tenured as an attorney with Davis Polk and Wardwell in New York, founded in 1849 and today one of the world’s leading corporate law firms specializing in capital markets, M&A, finance, restructuring, and tax. Earlier, Mr. Rhee clerked for the White House Legal Counsel’s Office under President Bill J. Clinton. Mr. Rhee has a J.D. from Yale Law School, where he was distinguished as a John M. Olin Law and Economics Scholar and holds a bachelor’s degree from Cornell University.

Concurrent with the appointment of Mr. John S. Rhee to the Board of Directors, Dr. Alastair K. Livesey and Mr. Steve Horowitz exit the Board while continuing to serve, as Advisors, to the Company.

“We have been fortunate to achieve a series of technological advances which have made it possible for us to escalate to the next phase of our growth,” continued Mr. Rayat.  “Importantly, we have capital on hand, a strengthened management team, and a focused Board of Directors to execute our mission.”

“I thank Dr. Livesey for his lengthy record of service and Mr. Steve Horowitz for his contributions to SolarWindow. We are grateful for their dedication, insights, and guidance over the years and look forward to their ongoing support as Advisors to our team.”

SolarWindow Technologies, Inc. (Symbol: WNDW; www.solarwindow.com) is a developer of transparent electricity-generating coatings for glass or plastic. When applied to glass, for example, these coatings could convert passive windows into electricity-generating windows, which produce power under natural, artificial, low, shaded, and even reflected light conditions.

Other potential uses for transparent electricity-generating coatings include, but are not limited to, building facades, balcony railings, curtain walls, skylights, and shading systems, as well as automotive, truck, marine and aircraft applications, various consumer products and military uses.

To view the full HTML text of this release, please visit: http://solarwindow.com/media/news-events/.

Social Media Disclaimer and Forward-Looking Statements
SolarWindow investors and others should note that we announce material information to the public about the Company through a variety of means, including our website (https://www.solarwindow.com/investors), through press releases, SEC filings, public conference calls, via our corporate Twitter account (@solartechwindow), Facebook page (https://www.facebook.com/SolarWindowTechnologies) and LinkedIn page (https://www.linkedin.com/company/solar-window-technology/) in order to achieve broad, non-exclusionary distribution of information to the public and to comply with our disclosure obligations under Regulation FD. We encourage our investors and others to monitor and review the information we make public in these locations as such information could be deemed to be material information. Please note that this list may be updated from time to time.

No statement herein should be considered an offer or a solicitation of an offer for the purchase or sale of any securities. This release contains forward-looking statements that are based upon current expectations or beliefs, as well as a number of assumptions about future events. Although SolarWindow Technologies, Inc. (the “company” or “SolarWindow Technologies”) believes that the expectations reflected in the forward-looking statements and the assumptions upon which they are based are reasonable, it can give no assurance that such expectations and assumptions will prove to have been correct. Forward-looking statements, which involve assumptions and describe our future plans, strategies, and expectations, are generally identifiable by use of the words “may,” “will,” “should,” “could,” “expect,” “anticipate,” “estimate,” “believe,” “our goals,” “our mission,” “intend,” or “project” or the negative of these words or other variations on these words or comparable terminology. The reader is cautioned not to put undue reliance on these forward-looking statements, as these statements are subject to numerous factors and uncertainties, including but not limited to adverse economic conditions, intense competition, lack of meaningful research results, entry of new competitors and products, adverse federal, state and local government regulation, inadequate capital, unexpected costs and operating deficits, increases in general and administrative costs, termination of contracts or agreements, technological obsolescence of the company’s products, technical problems with the company’s research and products, price increases for supplies and components, litigation and administrative proceedings involving the company, the possible acquisition of new businesses or technologies that result in operating losses or that do not perform as anticipated, unanticipated losses, the possible fluctuation and volatility of the company’s operating results, financial condition and stock price, losses incurred in litigating and settling cases, dilution in the company’s ownership of its business, adverse publicity and news coverage, inability to carry out research, development and commercialization plans, loss or retirement of key executives and research scientists, changes in interest rates, inflationary factors, and other specific risks. There can be no assurance that further research and development will validate and support the results of our preliminary research and studies. Further, there can be no assurance that the necessary regulatory approvals will be obtained or that SolarWindow Technologies, Inc. will be able to develop commercially viable products on the basis of its technologies. In addition, other factors that could cause actual results to differ materially are discussed in the company’s most recent Form 10-Q and Form 10-K filings with the Securities and Exchange Commission. These reports and filings may be inspected and copied at the Public Reference Room maintained by the U.S. Securities & Exchange Commission at 100 F Street, N.E., Washington, D.C. 20549. You can obtain information about operation of the Public Reference Room by calling the U.S. Securities & Exchange Commission at 1-800-SEC-0330. The U.S. Securities & Exchange Commission also maintains an Internet site that contains reports, proxy and information statements, and other information regarding issuers that file electronically with the U.S. Securities & Exchange Commission at http://www.sec.gov. The company undertakes no obligation to publicly release the results of any revisions to these forward-looking statements that may be made to reflect the events or circumstances after the date hereof or to reflect the occurrence of unanticipated events.