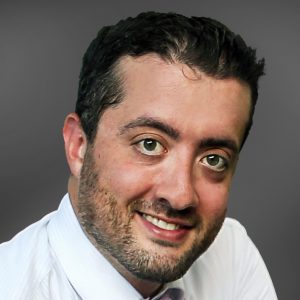 Curtis Watkins is an experienced energy and IT professional helping drive innovative technology solutions in the regulated utility and municipality code enforcement industries. His background ranges from working with the nation’s largest utility to helping build a high-tech startup out of a living room. He also enjoys giving his experiences back to the community through government/community service and in 2011 created a non-profit aimed at helping emerging energy companies.

In his role at Duke Energy, Curtis currently works in the Emerging Technology Office where he is responsible for testing and verifying new technologies that have the potential to become part of a new emerging energy portfolio of solutions. This can range from technology deemed to be “Behind The Meter” (e.g. inside a customer home) to Grid Tech (e.g. T&D communication devices) to Distributed Energy Resources (e.g. microgrids). Prior to his joining the Emerging Technology Office in 2010, Curtis worked in the IT area developing secure solutions to allow 3rd party vendors access to sensitive, internal data.

Prior to joining Duke Energy in 2007, Curtis was the second person to join a startup company that grew through venture-backed funding to almost 30 employees and received a successful exit in 2007. The company, MobileHWY, focused on mobile technology solutions aimed at improving municipality process and procedures for code enforcement operations.

In 2011, Curtis started the energy incubator program CLT Joules as a way to combine his passion for energy technology and entrepreneurism. Through his leadership, the CLT Joules program has raised significant corporate sponsorships to fund the operations and taken in 9 energy companies as part of the program, donating professional service work to energy innovators and small businesses to further their development. CLT Joules was noted by then Duke Energy CEO Jim Rogers as “one of the top 3 energy developments in Charlotte” in 2012.

In the community, Curtis has been appointed to the Blumenthal Performing Arts Center Board of Trustees (NC House Speaker Appointee), served as a Commissioner of Air Quality (Mecklenburg Board of County Commissioners Appointee), and served as a Commissioner for the Historic District (City of Charlotte Mayoral Appointee). In 2010 he was nominated and added to the Charlotte Chamber Young Professionals Board, a group which he Chaired from 2013 – 2014. In the energy sector, he serves on the University of North Carolina at Charlotte’s Energy and Infrastructure Production Center (EPIC) Implementation Committee as well as on the Emerging Technologies Coordinating Council (ETCC) Advisory Council.

For his efforts, Curtis was named by the Charlotte Business Journal to the top ‘Forty Under Forty’ for 2013 and was the Young Professionals in Energy ‘Person of the Year’ for the Charlotte chapter in 2011. He is a graduate of Virginia Commonwealth University where he earned a B.S. in Business Administration in 2001 and is married to Vatsla Watkins, with whom they have a daughter.